06/01/2013Written by tttersia
http://www.reiki.org/reikinews/responsebishopsstatement.html
A Response to the Bishops’ Statement on Reiki
by William Lee Rand

On March 25, 2009, U.S. Catholic bishops issued a statement advising Catholic hospitals, health care facilities, and Catholic chaplains not to support the use of Reiki sessions. The statement was issued by The Committee on Doctrine, United States Conference of Catholic Bishops and titled: “Guidelines for Evaluating Reiki as Alternative Therapy.”

The statement was based on research the committee had done over a period of several months involving information found on the Internet and in Reiki books. Based on these sources, they concluded that Reiki came from Buddhist texts and has a religious basis; that Reiki healing energy is directed by human thought and will; that Reiki is not validated by scientific studies and has no scientific explanation, and that Reiki is not accepted by the medical community.

When considering the value of the bishops’ statement, it’s important to note the sources they accessed. Much of their research came from information published on Internet Web sites. Overall, the Internet isn’t a good source of factual information because there is no requirement that information published there be checked or approved for accuracy. Anyone can set up a Web site and publish anything they wish. What often happens is that authors of sites copy from each other, so if inaccurate information is published on one site, it can easily spread to many sites across the Internet. If one makes use of the Internet for research, one must use a developed set of selection criteria that limits one to only the most respected and reputable Web sites. Otherwise, one runs the risk of accepting rumor and misinformation as fact.

This is especially true for Reiki Web sites. Reiki information has been riddled with inaccurate ideas from the beginning of its practice in the West. Many Reiki practitioners, teachers and authors fail to check the accuracy of the information they base their teaching and writing on, and this has had a detrimental effect on the quality of information published both on the Internet and in Reiki books.

The best information on Reiki comes from those who have researched the history and practice of Reiki professionally by conducting research in Japan, reading original documents, and interviewing members of the founding Reiki organization in Japan. If the bishops who wrote the statement on Reiki had interviewed several of these experts, they would have realized that much of the published information on Reiki is inaccurate, and they would have had accurate, verifiable information on which to base their conclusions. 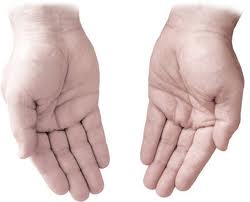 Origin of Reiki
One of the stories told by Mrs. Takata about the origin of Reiki indicates that the founder, Mikao Usui discovered the secret of Reiki n Buddhist texts.1 This story has been repeated over and over in Reiki classes, on Internet Web sites and in many Reiki books. Yet we know this isn’t true. For many years, Mrs. Takata was the only source of information about Reiki for those in the West, and most practitioners accepted her statements without question. Language, cultural, and organizational barriers in Japan made research difficult for those who wanted to learn more about the origins and practice of Reiki. It wasn’t until the end of the 90’s that a few researchers were able to make breakthroughs.

Researchers, including Toshitaka Mochizuki, Hiroshi Doi and Frank Arjava Petter, made contact with the original Reiki organization, discovered Mikao Usui’s grave, translated the story of Reiki inscribed on his memorial stone, and uncovered an original document written by Mikao Usui about the nature of Reiki. These sources indicate that Mikao Usui wasn’t seeking to discover a method of healing, but that the ability to heal came to him spontaneously during a spiritual experience on a sacred mountain. Furthermore, in his Reiki Ryoho Hikkei (Reiki Healing Art Handbook), Mikao Usui states: “My Usui Reiki Ryoho (healing art) is original, never before explored, and incomparable in the world.” These facts indicate that Reiki couldn’t have come from Buddhist texts, nor could it be connected to any religion or belief system. In addition, Japanese Reiki Masters who have knowledge of Buddhism have indicated that they can find nothing from Buddhism in the practice of Reiki and that Reiki is religiously neutral.2

The Nature of Reiki Healing
One of the first things I noticed after I took my first Reiki class and began to practice Reiki is that Reiki healing energy directs itself. I was unable to direct it with my mind or will and realized this wasn’t necessary as Reiki had its own form of guidance that was superior to my own. This experience has been verified by other professional Reiki practitioners and forms the basis of one of the important keys to using Reiki: If you want Reiki to provide the best healing experience, it’s necessary for the practitioner to set their own desire, will and ego aside, and allow the Reiki energy to guide itself.

Dr. Oschman is a scientist with a conventional background who became interested in the practice of energy medicine. Through research, he discovered a number of important scientific studies that point to a scientific basis for energy medicine based on the laws of physics and biology. These findings are discussed in an interview, “Science and the Human Energy Field,” published in the Winter 2002 issue of Reiki News Magazine.

The electrical currents that run through every part of the human body provide the basis for Dr. Oschman’s hypothesis. These currents are present in the nervous system, organs, and cells of the body. For instance, the electrical signals that trigger the heartbeat travel throughout all the tissues of the body and can be detected anywhere on the body.

Ampere’s law indicates that when an electrical current flows through a conductor, an electromagnetic field is produced that reflects the nature of the current that created it. Tests with scientific instruments indicate that electromagnetic fields exist around the body and around each of the organs of the body, including the brain, heart, kidneys, liver, stomach, etc. The heart has the strongest field, which has been measured at a distance of 15 feet from the body.

The fields around each of the organs pulse at different frequencies and stay within a specific frequency range when they are healthy, but move out of this range when they are unhealthy. The hands of healers produce pulsing electromagnetic fields when they are in the process of healing, whereas the hands of non-healer do not produce these fields. When a healer places his or her hands on or near a person in need of healing, the electromagnetic field of the healer’s hands sweeps through a range of frequencies based on the needs of the part of the body being treated. Faraday’s law indicates that one electromagnetic field can induce currents into a nearby conductor and through this process, induce a similar field around it. In this way, a healer induces a healthy electromagnetic field around an unhealthy organ, thus inducing a healthy state in the organ. A detailed explanation of this hypothesis, including descriptions of the scientific studies, diagrams, and references is presented in the interview mentioned above.

Acceptance by the Medical Community
Although Reiki is not universally accepted within the medical community, many medical professionals, hospitals, and healthcare facilities recognize its benefits and accept it as an adjunct therapy. In Holistic Nursing, A Handbook for Practice, Chapter 2 “Scope and Standards of Practice,” the American Holistic Nursing Association (AHNA) lists Reiki as an accepted form of treatment.3 In addition, according to the American Hospital Association, in 2007 Reiki was offered as a standard part of patient care in 15% or over 800 hospitals across the US.4 Doctors have recommended Reiki to their patients for amelioration of various health-related conditions. Surgeons make use of Reiki practitioners prior to, during, and following surgery. As an example, Dr. Mehmet Oz, one of the most respected cardiovascular surgeons in the US, uses Reiki during open-heart surgeries and heart transplants. According to Dr. Oz, “Reiki has become a sought-after healing art among patients and mainstream medical professionals.”5

Ethical Implications
To refuse Reiki treatment to patients that request it creates an ethical issue. According to the AHNA statement in response to the bishops’ statement, the practice of holistic nursing is not subject to regulation by the Catholic church and it would be an ethical violation for a member of the AHNA to withhold Reiki treatment from a patient who requests it; this includes those working in Catholic hospitals.

Scientific Studies
There are a number of reputable scientific studies that provide evidence that Reiki is therapeutic. These studies can be found by using one of the professional medical databases such as PubMed or Cochrane Collection.6Studies meeting medical and scientific standards are usually published in peer-reviewed journals. There are over 20 such studies on the therapeutic value of Reiki. A review of some of these studies, “An Integrative Review of Reiki Touch Therapy Research” by Anne Vitale, Ph. D., can be found athttp://www.nursingcenter.com/pdf.asp?AID=732068. While the Reiki studies conducted to date are preliminary in nature, they do provide support for additional studies.

One well-designed Reiki study is “Autonomic Nervous-System-Changes During Reiki Treatment: A Preliminary Study.”7 Forty-five subjects were assigned randomly to three groups. One group received no treatment, another received Reiki treatment by experienced Reiki practitioners, and the third group received sham treatment by a person with no Reiki training who used the same hand positions as those receiving real Reiki. 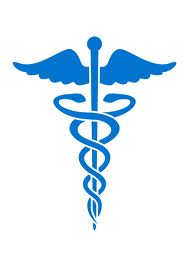 “Reiki Improves Heart Rate Homeostasis in Laboratory Rats”8 is another valuable study. The value of using animals in this type of study is that they are not affected by belief or skepticism regarding Reiki. In addition, highly accurate telemetric implants were used to transmit the biometric data. White noise was used to increase the heart rate of three im

planted laboratory rats. The rats were treated by a Reiki practitioner and by a sham Reiki practitioner prior to being exposed to white noise and after exposure. The procedure involved the practitioner directing their hands toward the caged rat at a distance of four feet. The rats that received Reiki experienced a significant reduction in heart rate, both before having their heart rates elevated by white noise and after, whereas those treated with sham Reiki did not. This is one of the most rigor

otes homeostasis, both of which promote healthy heart function. 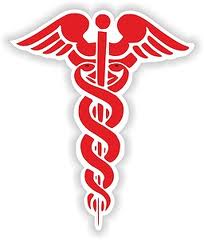 Reiki is practiced by followers of many religious traditions. Although some practitioners integrate Reiki into their existing religious beliefs, Reiki is not a religion, doctrine, or dogma. Reiki is grounded in the principle of compassionate action, which is common to all religious traditions. While each religion has the right to create its own rules, it’s within the nature of human dignity and free will for each person to decide which path to follow and what activities are appropriate for them.

6 http://www.pubmedcentral.nih.gov/ PubMed is the U.S. National Institutes of Health (NIH) free digital archive of biomedical and life sciences journal literature.http://www.lib.umb.edu/node/1353 The Cochrane Collection provides access to a collection of databases, which focus on the effects of health care and evidence based medical practice.

William Lee Rand is president of the International Center for Reiki Training and executive editor of the Reiki News Magazine. He has studied with five Reiki teachers, including two from Japan, and has made three trips to Japan to research the history and nature of Reiki. Rand has practiced Reiki since 1981 and has taught full time for 20 years.